Printing process that everyone does not understand

If you still can't understand it, go to a photoshop, choose a CMYK format image to open, and then open a separate channel in the channel to see.

Theory and description of the six-color printing process

Four-color overprint copying has a great impact on screen printing. Some complex design software, new screen-making methods have appeared, and digital pre-press processes and printing equipment have also been greatly improved and improved, which can accurately predict the quality of the product, and the repeatable printing of the product is also guaranteed. However, due to the limitations of the four-color printing mode and the screen printing method itself, it is not possible to obtain colors that are completely consistent with the original.

Here, we will introduce the six-color overprinting scheme in two parts.

Although image copy technology has been greatly improved in recent years, four-color copy is still a less stable process, and it needs to control too many factors. What's more, it produces moire and dot expansion in printing, resulting in the final image either being too flat or too contrasty. In addition, with the four-color process, some visible colors cannot be reproduced.

Therefore, four-color printing is difficult to perform consistent quality control. On the printing press, the color may shift multiple times, or even to an unrecognizable point. This is caused by many environmental and physical factors, some of which are: squeegee edge wear, printer temperature changes, screen tension changes, and ink performance inconsistencies (pigment accumulation and viscosity and rheological changes).

The degree of color reproduction depends on the range of color gamut that the ink can print. From this perspective, four-color printing is also very limited.

Two new colors were not added to the six-color system, but instead of using standard cyan and magenta, they used lighter and darker series, respectively. CMYKLcLm is used to represent six-color overprint, where C and M represent dark cyan and dark magenta, and Lc and Lm represent lighter colors of the two colors. There are CMYKcm or CcMmYK.

There are several important advantages of using two-color extended overprinting inks. The biggest advantage is that it greatly expands the range of color gamut. Epson and several other inkjet printers and ink manufacturers are developing inkjet printers using a process similar to this six-color overprint in order to obtain more realistic image colors. Inkjet printing has become a more common digital alternative to film processors, and the use of lower-end inkjet printers can produce extraordinary results.

By adjusting the intensity and density of the colors used in printing, we can improve the appearance. The apparent effect is enhanced because the use of two colors reduces the contrast between colors. For example, when we have a very bright magenta, print the upper details with a darker magenta. Under the effect of bright magenta, it may lose darker points and enhance the image. This method of achieving the overall effect of the image by printing halftone dots in the details is obviously continuous in tone. POP displays and other large-scale design patterns for close-up viewing can achieve good results from this method.

Using the six-color process, not only can the image sharpness and resolution be improved, but also the smoothness of the excessive tone is better. Some of the more difficult colors such as meat, grilled food, water, sky, chrome, and similar metallic colors can be obtained by adding light tones in two-tone printing.

Printing with two-tone cyan and magenta also expands the dynamic range of the copied image. The dynamic range is the difference between the brightest and darkest areas. Simply put, it makes the dark tone darker and the bright tone brighter.

Most printing has a maximum dynamic range of not less than 2.0. This standard is rarely achieved in screen printing, generally between 1.6-1.8. A dynamic range of 2.0 means that 1% of the bright dots can be restored, and the copied ink color can absorb 99% of the light and reflect only 1% of the light (compared to this, the black screen printing can only fall at 97.5% -98.4%).

However, the dynamic sensitivity range of the human eye can reach more than 4.0 (1 / 10,000 light can be felt, or 99.99% black can be felt). This is why the details of dark tones can be seen in the visual world, but not in printing. With the two-tone color mode, we can increase the printed dynamic range to 2.2 (99.4% black). This may not seem like a big deal, but we can see that the black levels obtained are better than those obtained with four-color overprinting.

With two-tone printing, we have increased the highlight and dark tones in the expanded tonal range. In the past, our process often lost some of its gradations when printing brighter pastel colors or darker colors, and the tone was shorter. Due to the soft appearance, better gradation depth and dark tone details, the two-tone tone has a relatively long tone.

Using the advantages of two-tone printing to control highlight colors, we have obtained better control of highlight neutral colors that were previously difficult to control, such as beige, sand, ice, crystal reflection, detergent, tan, etc. These colors have very few third-color components. Two-tone printing allows us to use larger dots in these color areas. This allows greater control of the environment and physical variables, more accurate color reproduction, and a reduction in the visible color range.

You can also get benefits in the dark part. By using darker colors than the normal primary colors, magenta and cyan, we can better control the third color that needs to enhance the surface color of the dark areas. Its main advantage is that we do not need to use too much black to compensate for the lack of dark tones. Using less black ink in the third color component can maintain rich colors such as reddish-brown, walnut, dark red, maroon, dark green, and indigo. In the four-color mode, the black that must be added completely covers the tonal components of these colors, showing a flat and black color.

The use of duotone can compensate for the difficulty in copying brighter and darker colors, and the color drift phenomenon is better controlled. Color drift refers to the color characteristics that change the appearance when the color tone becomes darker.

The swimming pool is a proper example of color drift. Although it is a fact that the water in the entire pool is the same, for the observer, the deep water is bluer than the shallow water, that is, the shallow water drifts toward yellow. This phenomenon is related to the problem of light absorption and reflection, that is, shallow water and deep water have different light absorption and reflection. For the same reason, the same is true of printing inks, so there is also a phenomenon of color drift.

In the example, the problem of color reduction is involved. A certain wavelength of light is absorbed, and the reflected wavelength constitutes the color we feel. Light tones tend to yellow, while dark tones tend to blue.

The challenge in printing is that when we increase the ink color density (Dmax of the ink layer), the color is somewhat blue. The higher the density, the darker the color, but it tends to turn away from the soft dark tone and drift to a noticeable blue tone. On the contrary, if we reduce the color density of the ink, the yellow drift will not show up in the high-profile parts. Reducing the color intensity will show up in the dark tone part, which shows a flat color and loses its luster, with a certain yellow drift. 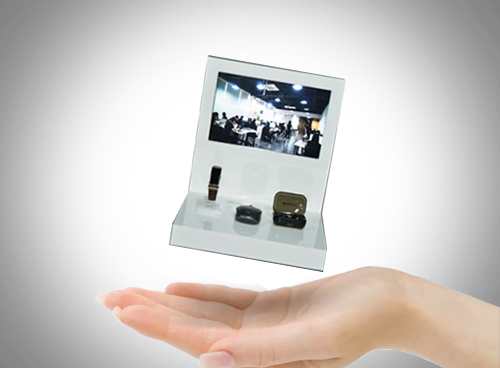 The Right Way Of Customizing Multi-tier Platform Acrylic Display Rack
Acrylic Bonding Like This, The Finished Product Will Be More Beautiful! 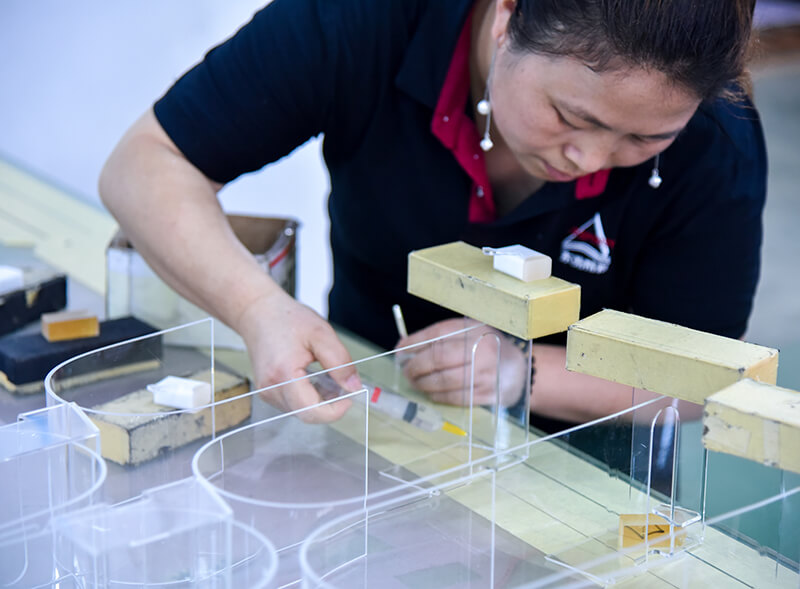 Innovative Solutions to Your Projects